By Martin Surridge – The last week has brought some changes to Article18. In addition to the added subtitles for each article, a new emblem is featured at the bottom of each entry, created by artist and musician Bradley Kenyon, who also made the globe logo for Article18. I want to thank Bradley for his contribution to the blog as well as draw your attention to what he said about the new design.

The hybrid house of worship concept serves as an “additional mark that will focus on religious equality,” Kenyon said on his blog. “It was a startlingly difficult task, as there is essentially no iconic imagery that represents the concept of religion globally. Truthfully, I wish I had been able to include a few more major world religions. But even with the unrepresented imagery, the underlying point of religious tolerance and coexistence remains.”

This week our focus is on the country of Mexico , where in recent weeks incidents of vandalism have disrupted services and damaged a cathedral statue in Mexico City, leading to calls by the Catholic church for more religious liberty in the nation’s capital. Also featured, a former prisoner and gangster shares the gospel with gang members in Ciudad Juarez, and the alarming story of Hezbollah’s entrenched presence just across the border from San Diego, California.

The US-Mexico border is notoriously porous and illegal immigration remains a hot-button issue for many Americans. Now that ABC confirmed that the Lebanon-based Islamic terrorist organization, Hezbollah, has been operating near the border and has been steadily growing for the last two decades, expect to see a renewed importance on immigration reform during the upcoming election cycle. In an interview with 10News, an unnamed intelligence expert explained the danger posed by the Shi’a Muslim terrorist group.

“They are recognized by many experts as the A team of Muslim terrorist organizations. They certainly have had successes in big-ticket bombings. We are looking at 15 or 20 years that Hezbollah has been setting up shop in Mexico and they’re focusing on infiltrating communities within North America. I confirmed the participation of cartel members as well as other Hezbollah individuals living and operating out there. If they really wanted to start blowing stuff up, they could do it, [but] the money [from drug activities that] they are sending back to Lebanon is too important right now to jeopardize those operations.”

These concerning revelations made by an intelligence agent illustrate the widespread implications that Mexico’s growing drug problem is having on the whole of North America. These drug gangs, who are cooperating with Hezbollah, battle police and military forces throughout Mexico on a regular basis and are well known for some curious connections to traditional religion in Mexico. 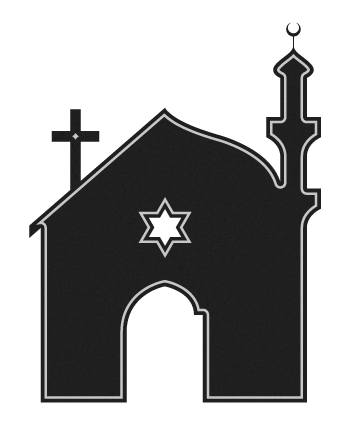 According to Michael Deibert, the logos, tattoos, and gang symbols associated with gangs in Mexico, like “the hooded, scythe-wielding skeleton, Santa Muerte” are all “culled from the rich imagery of religion and crime” that dominate criminal communities in Mexico. Despite the frequent violence, gang members still tend to respect many of the religious traditions of their families. This respect for spirituality is one of the reasons that evangelist priest father Pedro Martin Nunez, a former killer himself, hopes gangsters will join his church and leave behind their lives of violence and crime.

Nunez, who is no stranger to prison after having served a 14-year term for murder, is working with inmates, drug-dealers, ex-cons and gang leaders, hoping to persuade them that you can never find peace or satisfaction through violence.Nunez tells them why he turned away from violence saying “that life is over, Christ is in my heart. You also need Christ in your heart.”

The AFP explains that “Nunez has set up ‘Former Prisoners Transformed to Transform,’ a refuge in the center of Ciudad Juarez which houses around one dozen families. The group also built a church in a dusty neighborhood on the outskirts of the city, with a few plastic chairs and musical instruments inside a large hall.”

Whether citizens in the city will respect the church building and services is another matter. The most celebrated cathedral in Mexico City had an unwelcome visit from several vandals during an Easter Mass. The intruders disrupted and disrespected the service and proceeded to destroy the statue of the Lady of Guadalupe. This incident, along with a massive cyber-attack on the website for the Mexican Bishop’s Conference, has led to new calls for religious freedom in Mexico. However, in such a chaotic country, will their voices even be  heard?