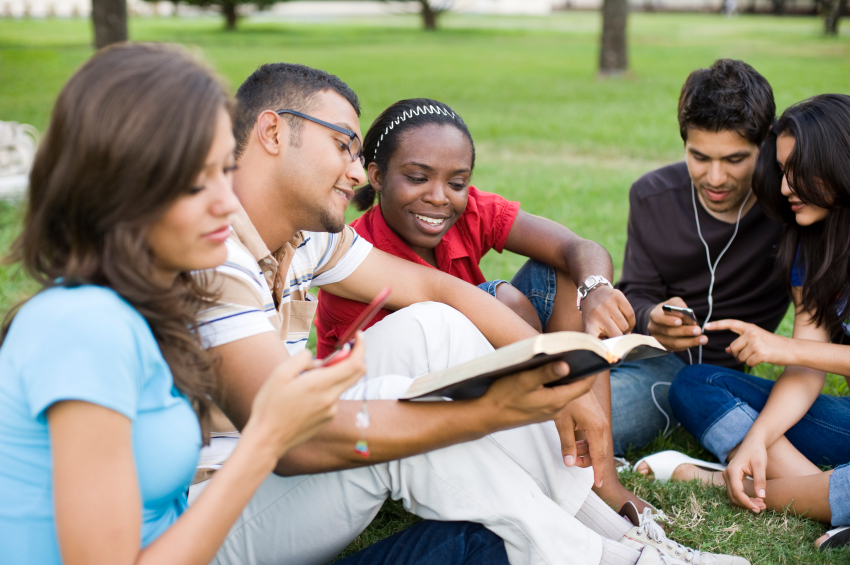 On January 16, 2020, the U.S. Department of Education released Guidance on Constitutionally Protected Prayer and Religious Expression in Public Elementary and Secondary Schools.

The first portion addresses authority and general principles, and is worth reading, but we have included the practical aspects below.   It is substantially similar to the 1995 “Joint Statement of Current Law” that was approved by a wide range of organizations ranging from the ACLU and American Humanist Association to several religious groups.

A. Prayer During Non-instructional Time

Students may pray when not engaged in school activities or instruction, subject to the same rules designed to prevent material disruption of the educational program that are applied to other privately initiated expressive activities. Among other things, students may read their Bibles, Torahs, Korans, or other scriptures; say grace before meals; and pray or study religious materials with fellow students during recess, the lunch hour, or other non-instructional time to the same extent that they may engage in nonreligious activities. While school authorities may impose rules of order and pedagogical restrictions on student activities, they may not discriminate against student prayer or religious perspectives in applying such rules and restrictions.

B. Organized Prayer Groups and Activities

Students may organize prayer groups, religious clubs, and “see you at the pole” gatherings before school to the same extent that students are permitted to organize other noncurricular student activities groups. Such groups must be given the same access to school facilities for assembling as is given to other noncurricular groups, without discrimination because of the religious perspective of their expression. School authorities possess substantial discretion concerning whether to permit the use of school media for student advertising or announcements regarding noncurricular activities. However, where student groups that meet for nonreligious activities are permitted to advertise or announce their meetings—for example, by advertising in a student newspaper, making announcements on a student activities bulletin board or public address system, or handing out leaflets—school authorities may not discriminate against groups who meet to engage in religious expression such as prayer. School authorities may disclaim sponsorship of noncurricular groups and events, provided they administer such disclaimers in a manner that neither favors nor disfavors groups that meet to engage in prayer or express religious perspectives.

When acting in their official capacities as representatives of the State, teachers, school administrators, and other school employees are prohibited by the First Amendment from encouraging or discouraging prayer, and from actively participating in such activity with students. Teachers, however, may take part in religious activities where the overall context makes clear that they are not participating in their official capacities. Teachers also may take part in religious activities such as prayer even during their workday at a time when it is permissible to engage in other private conduct such as making a personal telephone call. Before school or during lunch, for example, teachers may meet with other teachers for prayer or Bible study to the same extent that they may engage in other conversation or nonreligious activities. Similarly, teachers may participate in their personal capacities in privately sponsored baccalaureate ceremonies or similar events.

If a school has a “moment of silence” or other quiet periods during the school day, students are free to pray silently, or not to pray, during these periods of time. Teachers and other school employees may neither require, encourage, nor discourage students from praying during such time periods.

Schools have the discretion to dismiss students to off-premises religious instruction, provided that schools do not encourage or discourage participation in such instruction or penalize students for attending or not attending. Similarly, schools may excuse students from class to remove a significant burden on their religious exercise, including prayer, where doing so would not impose material burdens on other students. For example, it would be lawful for schools to excuse Muslim students from class to enable them to fulfill their religious obligations to pray during Ramadan.

Students may express their beliefs about religion in homework, artwork, and other written and oral assignments free from discrimination based on the religious perspective of their submissions. Such home and classroom work should be judged by ordinary academic standards of substance and relevance and against other legitimate pedagogical concerns identified by the school. Thus, if a teacher’s assignment involves writing a poem, the work of a student who submits a poem in the form of a prayer (for example, a psalm) should be judged on the basis of academic standards (such as literary quality) and neither penalized nor rewarded on account of its religious perspective.

Student speakers at student assemblies and noncurricular activities such as sporting events may not be selected on a basis that either favors or disfavors religious perspectives. Where student speakers are selected on the basis of genuinely content-neutral, evenhanded criteria and retain primary control over the content of their expression, that expression is not attributable to the school and therefore may not be restricted because of its religious (or anti-religious) content, and may include prayer. By contrast, where school officials determine or substantially control the content of what is expressed, such speech is attributable to the school and may not include prayer or other specifically religious (or anti-religious) content. To avoid any mistaken perception that a school endorses student speech that is not in fact attributable to the school, school officials may make appropriate, neutral disclaimers to clarify that such speech (whether religious or nonreligious) is the speaker’s and not the school’s speech.

School officials may not mandate or organize prayer at graduation or select speakers for such events in a manner that favors religious speech such as prayer. Where students or other private graduation speakers are selected on the basis of genuinely content-neutral, evenhanded criteria and retain primary control over the content of their expression, however, that expression is not attributable to the school and therefore may not be restricted because of its religious (or anti-religious) content and may include prayer. To avoid any mistaken perception that a school endorses student or other private speech that is not in fact attributable to the school, school officials may make appropriate, neutral disclaimers to clarify that such speech (whether religious or nonreligious) is the speaker’s and not the school’s speech.

School officials may not mandate or organize religious ceremonies. However, if a school makes its facilities and related services available to other private groups, it must make its facilities and services available on the same terms to organizers of privately sponsored religious baccalaureate ceremonies. In addition, a school may disclaim official endorsement of events sponsored by private groups, provided it does so in a manner that neither favors nor disfavors groups that meet to engage in prayer or religious speech.

B. Teaching about Religion

Public schools may not provide religious instruction, but they may teach about religion. For example, philosophical questions concerning religion, the history of religion, comparative religion, the Bible (or other religious teachings) as literature, and the role of religion in the history of the United States and other countries all are permissible public school subjects. Similarly, it is permissible to consider religious influences on philosophy, art, music, literature, and social studies. Although public schools may teach about religious holidays, including their religious aspects, and may celebrate the secular aspects of holidays, schools may not observe holidays as religious events or promote such observance by students.

Schools enjoy substantial discretion in adopting policies relating to student dress and school uniforms. Schools, however, may not single out religious attire in general, or attire of a particular religion, for prohibition or regulation. If a school makes exceptions to the dress code for nonreligious reasons, it must also make exceptions for religious reasons, absent a compelling interest. Students may display religious messages on items of clothing to the same extent that they are permitted to display other comparable messages. Religious messages may not be singled out for suppression, but rather are subject to the same rules as generally apply to comparable messages.

Where school officials have a practice of excusing students from class on the basis of parents’ requests for accommodation of nonreligious needs, religiously motivated requests for excusal may not be accorded less favorable treatment. In addition, in some circumstances, based on Federal or State constitutional law or pursuant to State statutes, schools may be required to make accommodations that relieve substantial burdens on students’ religious exercise. School officials are therefore encouraged to consult with their attorneys regarding such obligations.

The Equal Access Act, 20 U.S.C. § 4071, is designed to ensure that student religious activities are accorded the same access to Federally funded public secondary school facilities as are student secular activities. Based on decisions of the Federal courts, as well as its interpretations of the Act, the Department of Justice has developed the following guidance for interpreting the Act’s requirements:

General Provisions: Student religious groups at Federally funded public secondary schools have the same right of access to school facilities as is enjoyed by other comparable student groups. Under the Equal Access Act, a public secondary school receiving Federal funds that creates a “limited open forum” may not refuse student religious groups access to that forum. A “limited open forum” exists “whenever such school grants an offering to or opportunity for one or more noncurriculum related student groups to meet on school premises during noninstructional time.” 20 U.S.C. § 4071(b).

Prayer Services and Worship Exercises: A meeting, as defined and protected by the Equal Access Act, may include a prayer service, Bible reading, or other worship exercise.

Lunch-time and Recess: The Equal Access Act prohibits a Federally funded public secondary school from denying a religious student group equal access to a limited open forum. A “limited open forum” exists “whenever such school grants an offering to or opportunity for one or more noncurriculum related student groups to meet on school premises during noninstructional time.” Id. Accordingly, a Federally funded secondary school triggers equal access rights for religious groups when it allows students to meet during their lunch periods or other non-instructional time during the school day, as well as when it allows students to meet before and after the school day.

Leadership of Religious Student Groups: Similar to other student groups such as political student groups, the Equal Access Act permits religious student groups to allow only members of their religion to serve in leadership positions if these leadership positions are positions that affect the religious content of the speech at the group’s meetings. For example, a religious student group may require leaders such as the group’s president, vice-president, and music coordinator to be a dedicated member of a particular religion if the leaders’ duties consist of leading prayers, devotions, and safeguarding the spiritual content of the meetings.

The full document with bibliography is available at