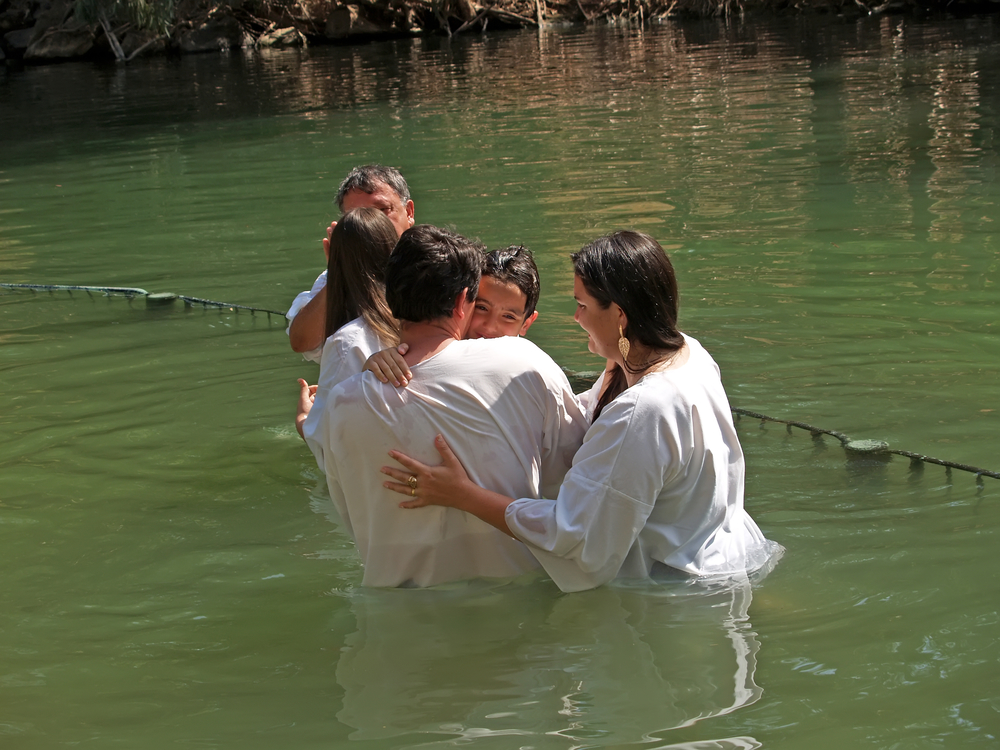 Churches like nothing more than to have a wonderful and exciting conversion story to proclaim to the world.  What happens if proclaiming such a story puts lives in danger?  What happens when a person is put in danger against his will?  These questions have been at the center of a fascinating legal case, Doe v. First Presbyterian Church U.S.A. of Tulsa, (OK Sup. Ct., Dec. 19, 2017), involving a church that announced on the internet how one converted from Islam to Christianity.

Some years ago, a Muslim man, referred to as John Doe, moved from Syria to the United States.  While he enjoyed frequently visiting his home in Syria, he became impressed with the teachings of Christianity.  In 2012 he agreed to be baptized by the First Presbyterian Church of Tulsa, Oklahoma.  While it is that church’s policy to publicly announce baptisms, he was not officially seeking church membership.  Thus, the local church gave him their word that they would keep the baptism private.

Shortly after the baptism, John left to visit Syria, with the confidence that his conversion story would not be made public.  Once there, he learned, to his horror, that the story was put on the internet where anyone, including Muslim extremists, could find it.  Within a few days he was captured, beaten, tortured, and prepared for beheading.  He managed to escape and return to the United States.

He filed suit against the church for placing him in danger as they should have known of the dangers he faced if his conversion became public knowledge. This has started an intense debate over whether or not the courts have jurisdiction concerning the actions of a religious institution.  The Oklahoma Supreme Court, in 2017, concluded that the courts do not, but, in December 2017, the court reversed the decision, allowing the case to go to trial.

While the legal implications of this case are staggering, it is important, first, to consider the moral and ethical issues raised.  One reason religious organizations can be granted such great liberties is that religious people are expected to abide by moral codes higher than anything society would impose.  People and organizations don’t always live up to these expectations, and this is where these types of situations happen.

Firstly, there are Biblical accounts of religious people who did not encourage extreme public activity that might be good for ministry.  In John 11:53, 54, Jesus chooses to stay away from public places as the leaders were plotting to kill him.  There probably were people he could have served had he not taken this action.  In Acts 21:10-12, Paul’s friends, as well as a prophet, Agabus, discourage him from going up to Jerusalem where he would be arrested.  In this case, Paul chose to go to Jerusalem, but that choice was his.  His friends did not force that choice upon him.

It is true that baptism is a public sign of conversion.  Matthew 3 records the baptism of Jesus in a public place.  It is noteworthy that the term “public” is open to interpretation.  In Jesus’’ day, it was not as easy to publicize to the entire world that someone was baptized.  It would need to be a significant case such as Jesus when the Gospel writers wrote down the story to be hand-copied for millennia.  Most of the time, “public,” meant, “before the group of people in that place at that time.”  Nowhere, for example, in Paul’s epistles, do you read, “And, brothers, I am sending you the list of baptisms from Corinth so you may read it and pass it along to the Christians in Galatia.”

Only recently have we had the technology to effortlessly inform the entire planet of one person’s baptism.  It can be assumed, then, that all that is expected for a baptismal candidate is to have the baptism locally public, in the presence of that person’s congregation.

Then there is Deuteronomy 22:8.  This obscure law says that a home-builder, in those days, must put a special rim around the roof so that no one would be held responsible before God if someone accidentally falls off the roof and dies. (People, back then, would spend time on their roofs.)  While the home-owner would not intentionally push someone off the roof, he could still be responsible for negligence if someone accidentally fell off.  This verse clearly shows that we must be careful not to set up situations where someone else might be placed in danger.  A church should consider this principle before endangering someone’s life by going public with a conversion.

The final ethical issue to discuss concerns honesty.  A church may feel conscience-bound to tell the world of a conversion story, even after considering the above information.  In such a case, that church should make it abundantly clear to the baptismal candidate, before the baptism, that such actions will be taken.  Deuteronomy 27:18 says, in fact, that there is a curse that would fall on anyone who causes the blind to stray out of the path.  Misinforming someone concerning what actions will be taken could easily be compared with leading an unknowing blind person off the path.  Followers of God are called to be honest and truthful in all things.  Turning away from this policy in the name of publicity may not be properly representing such a God of truth.

We all know that religious liberty has limits.  Obviously, we cannot allow a religion to practice human sacrifice just because the followers believe it is required.  Society, then, must impose restrictions to keep people from doing great harm to others in the name of religion.  In all other situations, the majority of situations, people must be given the latitude to follow their religious beliefs.  It is, then, placed in the hands and hearts of Christians to live lives worthy of such latitude.

As shown through the actions of Jesus and Paul, it is not up to the rest of the “group” to decide if someone should be put in danger by making a baptism extremely public.  If the individual being baptized wishes the world to know, that is up to the individual.  A church can still enjoy some publicity by using a pseudonym, as the radio program, “Unshackled,” often does when telling conversion stories of a particularly sensitive nature.  The publicity from that action is definitely better than the publicity of being known as an organization that deceives and endangers people.  By upholding the highest standards of morality, we will show the world God’s true love in the most powerful and real manner.

Dr. Ray McAllister is passionate about his relationship with God.  He enjoys spending time in prayer and Bible study, writing poetry, and serving others. Dr. McAllister is totally blind, and in 2010 was the first blind person to earn a Ph.D. from the seminary at Andrews University and and the first totally blind person in the world to earn a doctorate in Hebrew Scriptures.  He teaches distance education religion classes for Andrews University and works as a licensed massage therapist in Michigan. In July 2016, Dr. McAllister and two other visually impaired Biblical scholars received the National Federation of the Blind’s Jacob Bolotin Award for their work making Biblical language materials accessible to the blind.  Dr. McAllister sees his blindness as an opportunity to more deeply see the beauty of God’s love and guide others to do the same.

1 thought on “When Not to Tell the Story: The Ethics of Announcing a Religious Conversion”