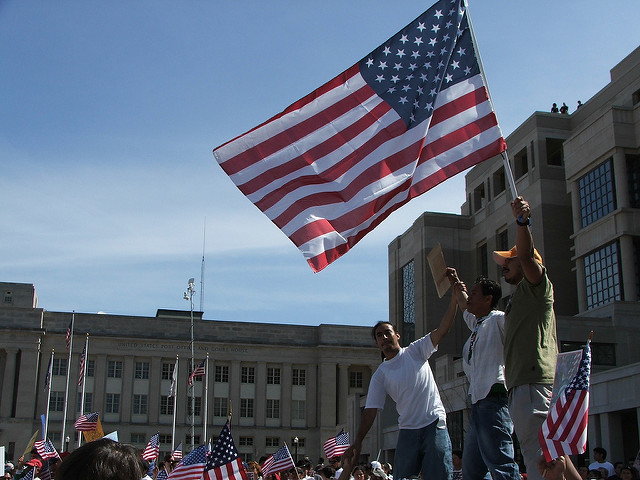 On May 12, Rep. Donald Beyer (D-Va) and 103 co-sponsors introduced legislation that would prohibit immigration authorities from refusing to admit aliens based on religion or lack of religion. The “Freedom of Religion Act of 2016” (H.R. 5207) was introduced in response to presumptive Republican nominee Donald Trump’s campaign proposal in December 2015 calling for “a total and complete shutdown of Muslims entering the United States until our country’s representatives can figure out what is going on.”

Introducing the bill, Congressman Beyer called the bill “an appeal to hope rather than fear” and stated that, “we cannot allow fear and paranoia to drive our public policy, especially when it comes to defining the values of our country.”

He continued, “Our Founding Fathers guaranteed religious freedom for all in the First Amendment to our Constitution. People all around the world look to us as the standard for freedom, liberty, and tolerance.”

The bill would add the following language to the Immigration and Nationality Act:

“Notwithstanding any other provision of the immigration laws, an alien may not be denied admission to the United States because of the alien’s religion or lack of religious beliefs.”

The bill is supported by a wide range of religious and other advocacy organizations as a religious liberty measure, and the bill is currently under consideration by the Subcommittee on Immigration and Border Security.

The current language and status of H.R. 5207 are available at Congress.gov.