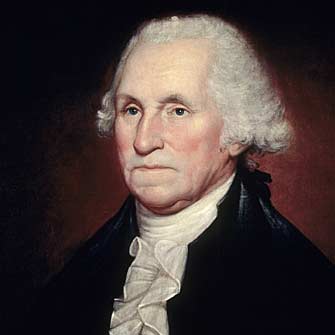 On August 17, 1790, U.S. President George Washington traveled to Newport, Rhode Island where he met with the congregation at the Touro Synagogue. While there, the leader of the congregation, Moses Seixas, handed Washington a letter that noted past persecution and expressed hope that liberty of conscience would prevail in the new nation.

“Deprived as we heretofore have been of the invaluable rights of free citizens, we now (with a deep sense of gratitude to the Almighty disposer of all events) behold a government erected by the Majesty of the People-a Government which to bigotry gives no sanction, to persecution no assistance, but generously affording to All liberty of conscience and immunities of Citizenship, deeming every one, of whatever Nation, tongue, or language, equal parts of the great governmental machine.”

Washington’s wrote the following letter  affirming the nation’s commitment to religious liberty for people of all faiths. The historical document is scheduled to go on display at the National Museum of American Jewish History in Philadelphia, Pennsylvania beginning June 29. It will be on display for 3 months a year for 3 years. The letter is regarded as Washington’s most prominent pronouncement on religious tolerance.

The Touro Synagogue, completed in 1763, is the oldest synagogue building still standing in the United States. It remains an active Orthodox synagogue. It was designated as a National Historic Site in 1946. The synagogue hosts an annual recitation of the Washington-Seixas letter, and the next reading is scheduled for August 19, 2012 at 1:00 p.m. 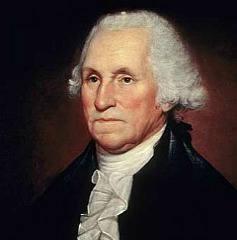 While I receive, with much satisfaction, your Address replete with expressions of affection and esteem; I rejoice in the opportunity of assuring you, that I shall always retain a grateful remembrance of the cordial welcome I experienced in my visit to Newport, [1] from all classes of Citizens.

The reflection on the days of difficulty and danger which are past is rendered the more sweet, from a consciousness that they are succeeded by days of uncommon prosperity and security. If we have wisdom to make the best use of the advantages with which we are now favored, we cannot fail, under the just administration of a good Government, to become a great and a happy people.

The Citizens of the United States of America have a right to applaud themselves for having given to mankind examples of an enlarged and liberal policy: a policy worthy of imitation. All possess alike liberty of conscience and immunities of citizenship It is now no more that toleration is spoken of, as if it was by the indulgence of one class of people, that another enjoyed the exercise of their inherent natural rights. For happily the Government of the United States, which gives to bigotry no sanction, to persecution no assistance requires only that they who live under its protection should demean themselves as good citizens, in giving it on all occasions their effectual support.

It would be inconsistent with the frankness of my character not to avow that I am pleased with your favorable opinion of my Administration, and fervent wishes for my felicity. May the Children of the Stock of Abraham, who dwell in this land, continue to merit and enjoy the good will of the other Inhabitants; while every one shall sit in safety under his own vine and figtree, and there shall be none to make him afraid. May the father of all mercies scatter light and not darkness in our paths, and make us all in our several vocations useful here, and in his own due time and way everlastingly happy.