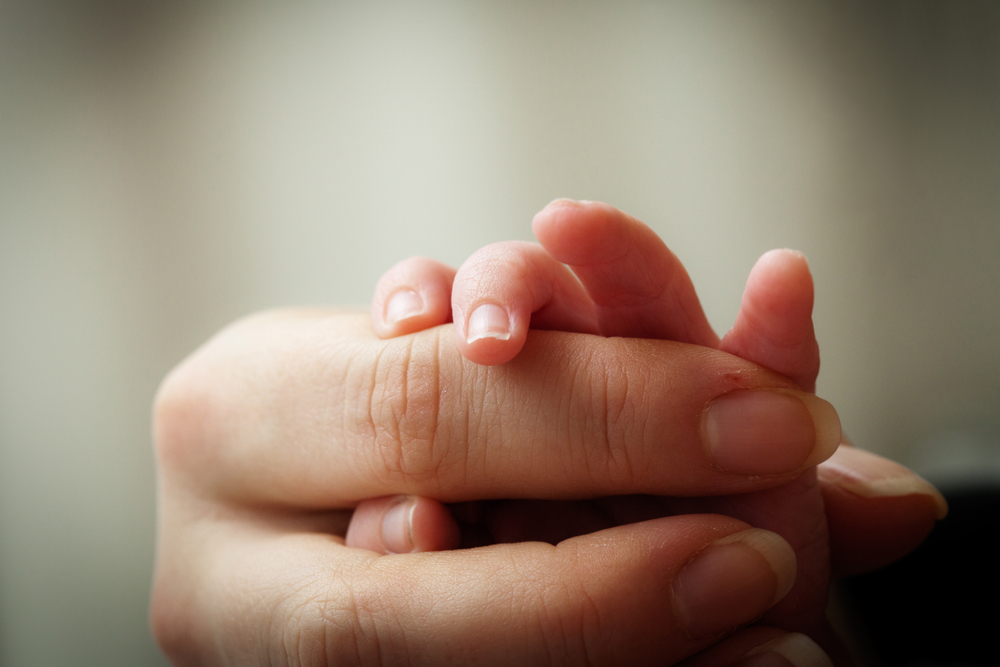 Regardless of what you think about abortion, the Supreme Court’s rationale in Dobbs severely limits the scope of the Bill of Rights. What the Court could have done differently.

“(T)he full scope of the liberty guaranteed by the Due Process Clause cannot be found in or limited by the precise terms of the specific guarantees elsewhere provided in the Constitution. This ‘liberty’ is not a series of isolated points pricked out in terms of the taking of property; the freedom of speech, press, and religion; the right to keep and bear arms in the United States; the freedom from unreasonable searches and seizures; and so on. It is a rational continuum which, broadly speaking, includes a freedom from all substantial arbitrary impositions and purposeless restraints.”
— Justice John Marshall Harlan II, dissent in Poe v. Ullman

In law, there is always a destination in the distance and a goal. But if, in taking the pathway there, you blow up all the bridges and crush all the tunnels along the way, then is the goal really worth it if you’re left stranded on a mountaintop? While protecting the life of the unborn in states that intend to block abortion, the option that the Court majority chose bombed the road and severely undercut other rights.

The Bill of Rights was intended not to limit rights but to describe a baseline. When drafted, people were concerned that it would just be a list or “enumeration” of rights and that rights that they neglected or did not have space to mention would be excluded.

But the counterpoint was that if at least some fundamental rights were not listed, they would never be upheld. So the drafters of the Bill of Rights, ratified in 1791, three years after the Constitution, wrote the first 10 Amendments to the Constitution using short sentences and clauses with the broadest meaning possible. Every single word drips with expansive meaning. They did not write the Constitution or the Bill of Rights to limit the power of the people – they wrote it to limit the power of the government.

For instance, the entire First Amendment is one single, easily memorized sentence: “Congress shall make no law respecting an establishment of religion, or prohibiting the free exercise thereof; or abridging the freedom of speech, or of the press; or the right of the people peaceably to assemble, and to petition the Government for a redress of grievances.”

Yet each clause has libraries of court opinions and treatises about what they mean.

Today, the Supreme Court overturned both Roe v. Wade (clear right to abortion in the first trimester, with increasing state interest in the second and third trimesters) and Planned Parenthood v. Casey (drawing the line at “viability.”)

There were three ways the Court could have chosen to address the Mississippi law that banned abortion for any reason after 15 weeks. The first would be to overturn the law. The second would be to draw a new line at the Mississippi 15-week standard. The third, which seemed impossible just months ago, would be to completely overturn Roe and Casey and let states each decide on their own.

The “due process clause” of the Fourteenth Amendment is the post-Civil War addition to the Constitution that applies the Bill of Rights to the States. If you have a right within the Bill of Rights, the states have to honor it. In case you’re wondering how that works, remember that before the Civil War, slavery was legal in many states – that’s because even though, at a national level, people loved to talk about “life, liberty, and the pursuit of happiness,” individual states could control who got those rights.

So after the Civil War, as a condition of rejoining the United States, Confederate States had to agree to the 13th Amendment that banned “involuntary servitude” (aka slavery), the 14th applied the Bill of Rights to the states, and the 15th guaranteed the right to vote. The Fourteenth Amendment made news earlier this week when the same Court found that the 2nd Amendment right to “bear arms” (in this case, concealed weapons) overcame state laws via the Fourteenth Amendment in New York State Rifle & Pistol Association v. Bruen.

And it doesn’t stop there. As Justice Clarence Thomas recommended on page 3 of his concurring opinion, “[I]n future cases, we should reconsider all of this Court’s substantive due process precedents, including Griswold, Lawrence, and Obergefell. Because any substantive due process decision is ‘demonstrably erroneous’…, we have a duty to ‘correct the error’ established in those precedents.”

Justice Thomas then takes direct aim at the Fourteenth Amendment as being used as a pretext to form a non-existing “right of privacy.” He wrote, “The right to abortion is ultimately a policy goal in desperate search of a constitutional justification.”

Some groups, including the Satanic Temple and Americans United, have signaled that they intend to try to attach abortion issues to religious liberty and claim that it is a free exercise of religion to have an abortion. In reality, Americans United has been weak on free exercise arguments, siding against cake bakers who did not want to bake cakes for same-sex weddings on religious grounds. Their free exercise arguments will likely not take them far at a federal level since there will be no federal law that is violating their rights since there is no underlying constitutional right given Dobbs.

They may also seek to amend the Constitution to provide for abortion, but that could be decades out.

What the Court Could Have Done

So what was the alternative if the Court wanted to move beyond abortion? Since the Court went this far, it could have affirmed a finding of fetal personhood based on scientific embryological definitions coupled with a balancing of interests test between the parent and the unborn child. Speaking strictly in scientific terms, Scientifically speaking in terms of biology, life begins at conception. (See American College of Pediatricians – https://acpeds.org/position-statements/when-human-life-begins ) Any dispute that contradicted the fact that a sperm and ovum combine to form a genetically unique cell differentiated from either mother or father would be classified as philosophical or religious.

Then under laws across the country today, a person can be convicted of a double homicide if they kill a pregnant woman and the fetus living inside her. In California, a famous case involved Scott Peterson, who killed his pregnant wife Lacey and ended up on death row for committing first-degree murder of his wife and second-degree murder of their unborn son, Connor.

In California, abortion is permitted as an exception in Penal Code section 187 dealing with homicide. It says, “Murder is the unlawful killing of a human being, or a fetus, with malice aforethought.” But then it says that it does not apply if it was performed by a physician, if the life of the mother or fetus was “substantially certain or more likely than not,” or if “the act was solicited, aided, abetted, or consented to by the mother of the fetus.” https://codes.findlaw.com/ca/penal-code/pen-sect-187.html

So, there’s an implicit default that the unborn child, whether intended for abortion or to be born alive, is a human. Even Justice Harry Blackmun, writing for the majority in Roe v. Wade, recognized that the fetus might have a Fourteenth Amendment right to life. https://www.law.cornell.edu/supremecourt/text/410/113

He wrote, “The appellee and certain amici argue that the fetus is a ‘person’ within the language and meaning of the Fourteenth Amendment. In support of this, they outline at length and in detail the well-known facts of fetal development. If this suggestion of personhood is established, the appellant’s case, of course, collapses, for the fetus’s right to life would then be guaranteed specifically by the Amendment. The appellant conceded as much on reargument. On the other hand, the appellee conceded on reargument that no case could be cited that holds that a fetus is a person within the meaning of the Fourteenth Amendment.”

The Science Points to Fetal Personhood

The idea that to perform an abortion, the child must be dehumanized is not scientifically tenable. Humanity is established from 3d ultrasounds, complete imaging studies, responses to pain and other stimuli, prenatal surgery successes, and the wealth of biological evidence that has arisen in last 50 years. A secular biological overview will reveal that a fetus is a genetically unique human, dependent on oxygen and food sources, delivered through an umbilical cord, not unlike an adult human on life support. Outside the womb, a visit to a NICU and observation of premature babies who, if still in utero, would be candidates for abortion yields prima facie evidence of human life.

The Dobbs Court could have followed this rationale to reach a conclusion of fetal personhood and a Fourteenth Amendment right to life and maintained federal jurisdiction.

This would not necessarily have meant that all abortion was forbidden, but the Court could have put in place a balancing test between the interests of the parents and the child in a way that made sense nationally.

Today, the Court threw the entire issue of abortion to the states to do as they wish. As a result, a pregnant teenager in Mississippi will have no exception for rape or incest and will be forced to carry the baby to term. If the baby survives a hostile pregnancy, the teenager would have to undergo a forced vaginal birth or c-section. If she attempted or threatened to have an abortion, she might spend the rest of her pregnancy in custody. In other cases in which the mother’s life is at stake, the life of the unborn will dominate and the mother may die as a result – with no say in the matter.

Impact of the Dobbs Decision

Other states will expand abortion rights to the point of birth, and maybe even beyond in the cases of “failed abortions” that leave severely injured children outside the womb to die. States that allow abortions will likely see an uptick in late-term abortions as women who have deliberated or had to raise funds to travel begin to arrive. In short, we are about to experience a lot of instability on this issue going back the other way.

Enforcement is also a major problem. There is the undeniable cruelty of the state requiring an underage rape victim to carry a baby to term over 9 months and then force her to undergo a c-section and pay a $25,000 hospital bill. In reality, most who seek abortions will find a way to have them, either illegally or by crossing state lines. The untenable situation that led to Roe v. Wade, which itself was a compromise opinion, will return.

Also, by throwing it back to the states, the Court sets a precedent that throws every other “right” that is not mentioned specifically in the Constitution back to the states. While the Court has seemed to view the Second Amendment in very broad terms, it is not clear that future decisions will protect other freedoms so carefully.